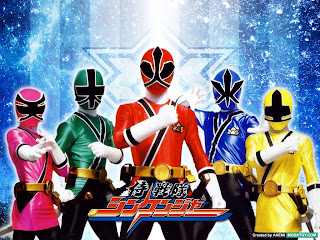 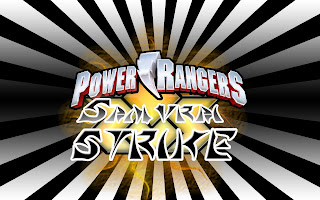 History of Power Rangers by Linkara

Some of you may know of a website called ThatGuyWithTheGlasses.com. If you don't, check it out, it's awesome. For intros, I'd recommend anything from "Nostalgia Critic" and "Bum Reviews" to understand what this site is about. Anyway, the point is, one of their reviewers (Linkara, the "bad comics" specialist) is doing a series of videos on each season. The good thing is, as he's explaining it in the introduction video, he's gonna do a "serious analysis" of each season. As 6/30/10, he only has up to Lost Galaxy finished. If you're a PR fan like, you should check it out. I certainly enjoyed it. :D
History of Power Rangers
Posted by Kingdom Rider at 10:11 PM 1 comment:

Today was my last day of school! :D

Yep, I am NO LONGER a Sophomore. I am pretty much a Junior now! My Sophomore Year was crazy and dramatic as anything! But today has pretty much a good day. I was bad and skipped every class today, which means I'll probably get in trouble next year for it! xD Now this means I'll have more time for blogging and video making so expect some new stuff!


I am starting to get back into Sentai also! In honor of this, I made this. This video is kinda like a comeback for me, since I haven't made anything in a while. Expect some more posts and videos, coming this summer! :D
Posted by Kingdom Rider at 9:34 PM 2 comments: 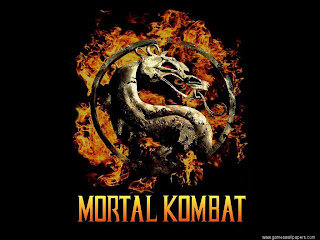 Some, not many, of my friends know that I am a big fan of the Mortal Kombat franchise. Recently, Warner Bros. Studios is looking to start production on a reboot of 1995 film Mortal Kombat.

Mortal Kombat creator Ed Boon has indicated that the next game in the series would be shooting for an M rating. "People want an M-rated MK....dammit we will give them an M-rated MK." This would surely do the trick.


Reader Kev directed the video, featuring a realistic new take on the Mortal Kombat franchise that has more in common with movies like suspense and horror films like Seven and Saw than anything resembling the campy video game to film adaptations we've seen in the past. This footage from what looks to be the next Mortal Kombat game or movie trailer is brutal, disgusting, and perfect. This is way too much star power for a fan project. Hopefully there will be more information on this soon. Considering the timing of this trailer, however, we might hear more as E3 quickly approaches.
Posted by Kingdom Rider at 9:12 PM 3 comments: