Oh no! I'm suffering from vidder's block! Not good! To put it in better words, I ran out of video ideas. Actually, I do have some ideas it's just, I'm not exactly sure if I want to go with them. 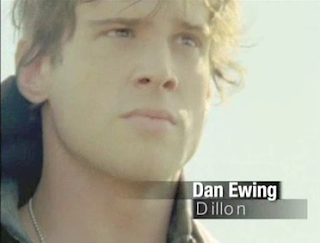 Idea #1 - Remake of KH/RPM Video
Technically, it's not  a remake of the Kingdom Hearts/RPM video I made but it is (if that even makes any sense). It's kinda extended, more of an MV. It's mainly gonna revolve around Dillon and Tenaya like the previous one. Using clips of Dillon's memories, him and Tenaya together, and a few other one's that I'll need. 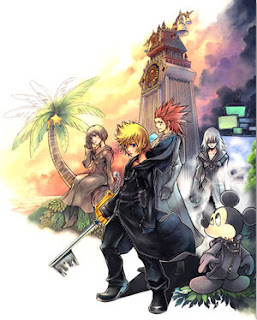 Idea #2 - KH 358/2 Days MV
A KH video I've been wanting to do for a while...a MV of KH 358/2 Days set to the song either "Already Over" by RED or "Fight For Justice" by Keisuke Kato (Keisuke Nago/Kamen Rider Ixa). Though not sure if this idea will happen or don't know which song I'll go with if it happens. 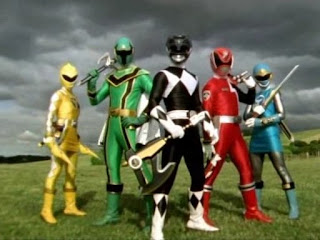 Idea #3 - Kamen Rangers - OaR Opening
Another Kamen Ranger opening but for Once a Ranger. Currently in progress but not finished yet. Not giving out the song because I know there are certain people who will go off and do the same thing as me. Sorry. 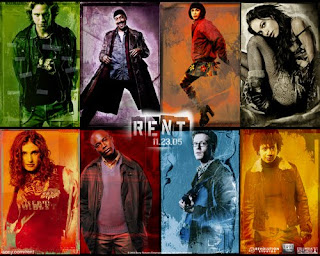 Idea #4 - MMPR MV (Seasons of Love)
Ok, I started this and pretty much stopped working on it, mainly cause I need to pretty much gather clips of the entire MMPR series. But this MV is dedicated to the original six of MMPR, using the song "Seasons of Love" from RENT. Not much of an action MV, more of a tribute to the characters in their teen lives. I kinda got inspired off a similar video that didn't have any audio.
And that's about it. I kinda need help on what I want to get done first. I really want to do 1 and 4. I put up a poll for everyone to help me decide what I should do. Hopefully these aren't lame ideas...and if they are then oh well, I'm still doing them:)
Posted by Kingdom Rider at 10:20 PM No comments:

Me and my crazy friends! =D

This would be my life outside of the Tokusatsu and Power Ranger fandom! To put it this way....me and my friends are crazy! We're gay! Literally! xD

This was a party I went to last weekend. The last part doesn't have me, it's just the rest of my friends being retarded. By the way, the one with the retarded laugh is my friend Nina. Feel free to make fun of us! lmaoo xP
Posted by Kingdom Rider at 11:08 PM 2 comments:

This absolutely has nothing to do with Tokusatsu, Anime, Kingdom Hearts, or anything in that matter. This is REAL-LIFE drama that is going on right now at this very moment!
Everyone remember that kid James I mentioned in one of my earlier posts? Well, he's starting drama with my boyfriend.
Alright, my boyfriend's Facebook status had ABSOLUTELY NOTHING to do with James. This girl who will remain anonymous, commented on his status saying shit like why is my boyfriend starting with him? And he wasn't. Then the girl was saying things like she's gonna have people jump him if he keeps talking about him...and then James came in saying this:
"Wooow....way to be a fucking pussy and do this over facebook.......if you really have something to say to me say it TO MY FACE. you think your suchh hott shitt but your really not. and dont think i wont just stand back and lett you saay thiss shit.....Trust me............shitt will pop off....."

So yeah, I'm kinda pissed right now. Someone who used to be friends with me just threatened my boyfriend. Doesn't anyone else think that it's messed up how someone who was my friend comes back and tries to start shit with my own boyfriend?

Here's some questions you guys are probably asking:

Q: How does he know your boyfriend?
A: They knew each other in the beginning of the school year...started going out at the end of November, James broke up with him cause he didn't really like him much....he basically used him. My boyfriend liked me anyway when they were going out:)
Q: Why did the girl come in and start trouble in the first place?
A: My guess is that she found out about all the drama and wanted to end it, but all she did was cause more.
Q: Why is James such a prick?
A: Cause he is:)
Why is high school full of drama? I know I'm a bitch for doing this, but I really don't care at the moment. Sorry everyone. I usually don't do posts like this...if anyone doesn't mind, I would like to hear another person's view on this instead of hearing from my friends. Again, I'm sorry for this. I'll make it up to you all! Enjoy this video I made! :D
Posted by Kingdom Rider at 9:32 PM 2 comments:


Finally finished! A Shinkenger MV using the song "Kimi Ga Inai Mirai" by Do as Infinity...you know, the opening theme for Inuyasha: The Final Act? I love this song so much! It makes me want to not stop listening to it! Call me crazy but I think that the song goes well with Shinkenger. Well, I like how it turned out...don't know if anyone else does.
I tried putting it on YouTube, and it's blocked, worldwide. So if you have any friends on YouTube, tell them to check out my blog please! And the video please! I will love you whoever does so! :)
Posted by Kingdom Rider at 1:02 PM No comments: